Book Blog: In Love with George Eliot, by Kathy O’Shaughnessy

George Eliot has been my favourite novelist for all my adult life, but I knew only the bare outlines of her life story until reading this book. It’s riveting, but also a shock: suddenly this revered pinnacle of English literature is having ill-judged affairs and messy human emotions.

I hadn’t realised that Marian Evans kept diaries, as did many of those she mixed with. And many of their letters to each other have survived. So although this is written as a novel, one has the unsettling sense of true-life accuracy. It’s full of details you wouldn’t have the nerve to make up, like her partner, George Lewes, calling her Polly.

This book really adds dimensions to our impression of George Eliot. I’ve always felt that she shares herself generously in her books: we can bathe in her wise, compassionate understanding of people and society in all their mess and complexity. Here, we can see alongside those qualities a load of surprising ones, including her own emotional turbulence. 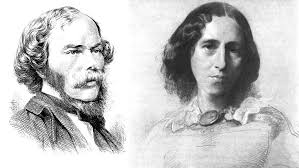 Marian Evans had lasting issues of self-confidence. She constantly doubted herself, and lost her judgment and restraint when others (women and men) showed her kindness. She believed she was ugly and unattractive. And even after her early books drew critical acclaim, she was distraught if she heard one individual’s criticism.

A pivotal decision in her life was to live with George Henry Lewes, whose legal wife was with a friend of Lewes, and had children by him. This meant that ‘Mrs Lewes’, as Marian liked to be called, experienced many of the appalling Victorian social norms about women. Whilst George Lewes could move freely in society, and other men could visit both of them, Marian could hardly call anywhere, and very few women risked coming to see her.

One of many aspects I admire in George Eliot’s novels is how she depicts the social and legal prejudice towards women. We see the issues clearly, and feel them deeply, but Eliot never descends into militant campaigning although O’Shaughnessy’s book shows how she was pressured by the feminists of her day.

In Love with George Eliot shows us the source in Marian’s life of characters and plotlines in her books. Especially poignant is the relationship between Tom and Maggie in Mill on the Floss, with close parallels to Isaac Evans and his kid sister Marian. Isaac cut off all contact when she moved in with Lewes, and persuaded her sisters to do likewise. This was a pain that she carried for years, and writing the book awoke it rather than soothed it.

It’s good to know that George Eliot achieved huge critical and popular success in her lifetime, and she relished the acclaim. Lewes deserves great credit for supporting her through her doubts, protecting her from critics, and not envying her as her fame far eclipsed him.

Marian was generous in sharing the same loving wisdom we find in her books with the people around her: it’s probably fair to say that all of them were in love with George Eliot, and both her grace and her pain shine through this book.