If this is our future, we should be worried…

You may not be surprised to know that there’s been an upsurge of dystopian fiction recently. It’s not usually a genre I go for, but I saw good reviews of Perfidious Albion, and it is indeed perceptive and witty – but also pretty depressing.

This book depicts Britain in a few years’ time; a picture we can easily recognise, but where some of the downsides of Britain 2019 have grown subtly but markedly more pernicious.

For example, the dominant form of work is MT, or microtasking: computers offer out numerous small tasks which people bid for. It’s the gig economy taken to a plausible and dismal extreme, in which there is no job security, and no collective strength or support.

If you consider what has changed in recent years, one big issue is fake news, and politicians who succeed in spite of (because of?) blatant lies. In this book we see a disturbing picture of life where no one is ever sure of what’s real, and hence everyone is posturing, game-playing, and often pretending.

Understandably, a lot of the action takes place in the virtual world of social media, where ‘reality’ is constantly manipulated. As one character notes when his opinions go viral, “ This was fine, because this was how celebrity manifested: no red carpet, no fizzing pap flash, just the hum of alerts, the skin-tingle of being noted by unseen eyes.”

A couple of the key characters are a right-wing journalist and  politician. We see how their minders and promoters manipulate them without any ethical scruples. Clearly, this has been happening already, but in Perfidious Albion there are no counterweights to the virtual world and the dodgy dealers. As we lose many of the ‘real’ politicians of integrity to retirement at this election, the future does indeed look bleak.

One of the intriguing and horribly plausible subplots centres on Jess, who creates a false online persona who engages in political debate with her boyfriend Robert, who is himself a political journalist. By having arguments with this surrogate, Jess has made her home life with Robert tranquil, but entirely bland.

In this dystopian view of a few years ahead, you won’t be surprised that people are even more polarised, and that immigration and racism are major flashpoints. The battle between these extreme views plays out both online, and via increasingly weird-but-creative protests redolent of Extinction Rebellion, if it were playing for the other side.

The big, surprising absence in this book is climate change: it is hardly mentioned. My own view of UK 2025 would be dominated by the climate crisis and associated impacts, such as food supply. The ideas in this book are sadly very plausible, but alongside them I believe we’ll see growth in community resilience, mutual support, care and compassion; all qualities missing from Sam Byer’s vision. 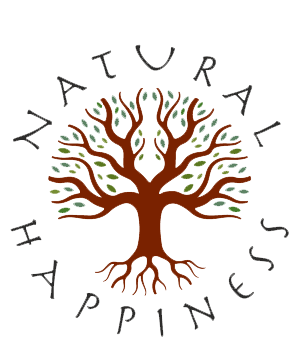