This needs many mainstream miracles: 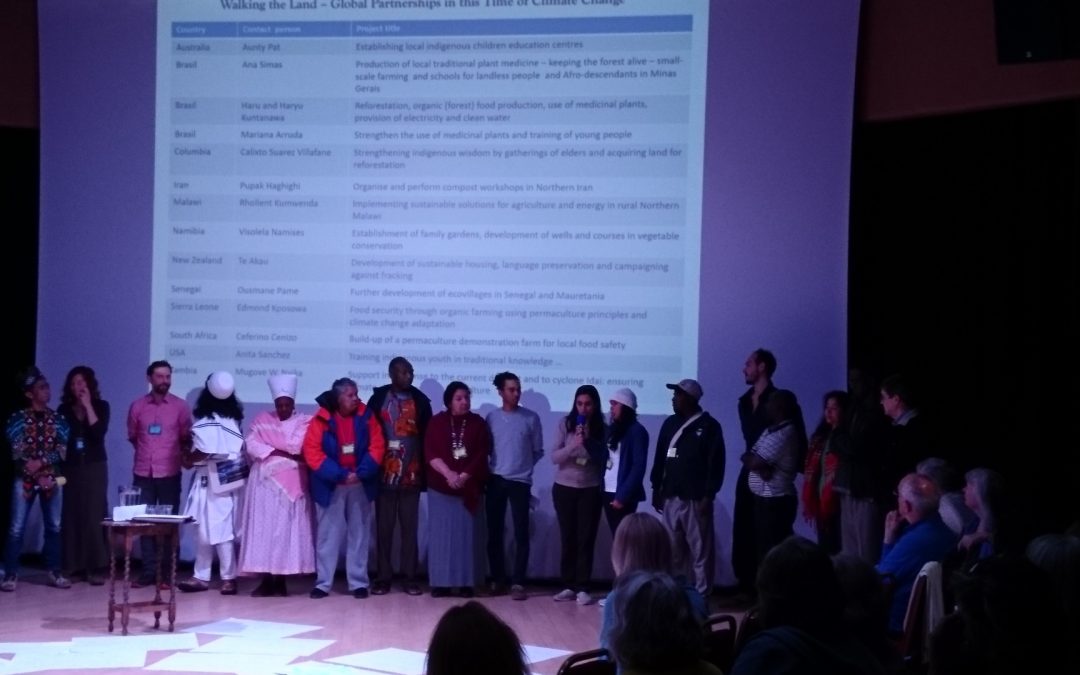 An update on the climate crisis

The rapid rise in awareness of the climate change crisis since summer 2019 has been remarkable, and so are the causes. The Swedish teenager Greta Thonberg has been an extraordinary catalyst, leading to the school strikes. And grassroots movements like Extinction Rebellion from the UK and Sunrise in the US have had remarkable impact.

Awareness is a great start, but what action is needed, from who? I’ve just returned from a major international conference at Findhorn Foundation in Scotland, so this blog is sharing what I learned there. People from 50 countries attended; we had expert views from Jonathon Porritt, Vandana Shiva, Charles Eisenstein, and the late Polly Higgins. We also had the moving presence of several indigenous elders from across the world, speaking of their people and land in turmoil.

So far, the average global temperature rise is only about 1OC, but the impacts of this have been far more severe than most scientists predicted. We’re now seeing exponential not linear deterioration and knock-on effects such as methane release from under melting ice. To non-scientists, the difference between 1.5OC and 2.0OC of temperature rise might not seem significant, but it is, and probably even more so than we can foresee. One example is impacts on food and water supplies: this needs more assessment in light of recent climate data, but you can see an overview of current info here.

You can see the urgency of this crisis in the recent David Attenborough documentary for BBC TV, which predicted that on present trends, the global rise will be 3OC to 6OC by 2050. And at Findhorn we heard that if all the ambitious pledges at the Paris 2015 climate summit were fulfilled, we’d still have a 3.5OC rise.

There is a clear consensus among experts that the situation is desperately grave, and that we have little time left to redeem it: at best ten years. Some elements of the solution are clear, especially cuts in carbon emissions. However, there are varying views on priorities, and how change is achieved.

To keep this blog coherent, I’ll focus largely on the views of one Findhorn keynote speaker, Charles Eisenstein. He’s a youngish American who calls himself a social philosopher, but he has a fair grasp of the science too. His latest book is Climate: a new story.

Charles challenges the obvious question, ‘How do we humans survive?’, and prefers the question, ‘What kind of earth do we want to survive on?’ He sees a high risk of a techno-fix future, where the ecosystems have died, and a few billion privileged humans live in air conditioned bubbles with hydroponic food and carbon extraction machines.

In his keynote at Findhorn, Charles listed his top four action priorities as:

I support his priorities, because recent experiences tell me that the forests are crucial in this crisis. The most shocking, surprising part of the Attenborough programme for me was the continuing scale of deforestation globally, and his statement that 30% of all emissions are caused by this (presumably including forest fires).

One of the important points in Charles’ new book is the risk of climate activists falling into a fundamentalist, single-issue mindset which is likely to alienate many in the mainstream. I agree with his view that it’s better to start form the concerns people already have, and gently show how these relate to climate change.

The Forests are Crucial

Meeting Haru, a young tribal leader from the Amazon rainforest, brought this crisis vividly to life, and left me both deeply upset and deeply determined to do what I can for the forests. This is the focus of another new blog, which you can see here.

As I expected, one benefit of the Findhorn conference was clarifying the differences of opinion about the climate crisis. One of these is about levers of change: I’d sum this up in the scenarios below:

Please pause for a minute, take a few breaths: ask yourself which of these scenarios feels plausible to you? We need wholescale, systemic, disruptive change which will be hard for all of us. You can see why some experts believe it’s already too late, and we should prepare to adapt to system collapse: for more on this, see my blog on Jem Bendell.

My sanguine view on the three scenarios is that none looks likely: it will take an abundance of miracles and it needs to involve all three of the categories above. The capacity of governments to lead is what depresses me most. As Jonathon Porritt says, we’re afflicted with despots or dithering just when we need powerful visionaries.

I led two workshop sessions at the conference. One was on my Future Conversations project: this offers resilience skills plus information on climate change and other issues to disadvantaged communities. And I led a session on the importance of vision and consciousness alongside tangible action, including the work of Thomas Berry. For a 3-minute video interview with me from the conference click here.

One of the heated issues in the climate movement is whether to seek dialogue with the business sector, or ignore and override it. Neither approach looks promising. The systemic changes we need will fundamentally threaten the profits of many large, powerful businesses, who can fight back ferociously. One of my commitments from Findhorn is to explore dialogue with corporates. As Paul Hawken wrote years ago in The Ecology of Commerce, the issues are so big that we need the power of business to address them.

Another juicy topic of debate at Findhorn was the relative priority of practical action versus vision and beliefs. I’m a strong believer that both are vital, and I like Charles Eisenstein’s call for “a bridge from the realm of metaphysics to the world of policy.” When I hit despair about the future, as I often do, I turn to Thomas Berry, author of The Dream of the Earth and other books. He writes movingly about change needing to start at the level of dream, vision, myth, and how humans need to see themselves as “a species among species”, part of the living, feeling Earth. For my blog about Thomas Berry, click here.

An issue which was vividly highlighted at Findhorn is how those who’ve done least to cause climate change are already suffering most, and this will continue: not only humans, but all the other life in their ravaged ecosystems. Hearing direct from indigenous leaders was gut-wrenching.

I was especially moved to hear Mugove Nyika from Zambia talk of the terrible combination of long drought plus cyclonic storms which has caused total crop failure in large areas of Southern and Eastern Africa. To help his project, go to www.seedingschools.org

If you’re wondering what you can do, I suggest you go beyond what’s easy or obvious. What Greta and XR show us is that individuals and grassroots movements can have a big effect. And alongside action, try picturing frequently a verdant, loving world where all forms of life flourish together, and pray for this to whatever you believe in.