Could a pilgrimage renew you?

As life keeps getting more complex and confusing, I’ve found that pilgrimages are a good antidote, a way to feel renewed, re-centred, clarified. The tradition of pilgrimage goes back many centuries, and has seen some revival in recent years, with Santiago de Compostela in Spain as a top destination, and more pilgrimage paths set up in many countries. 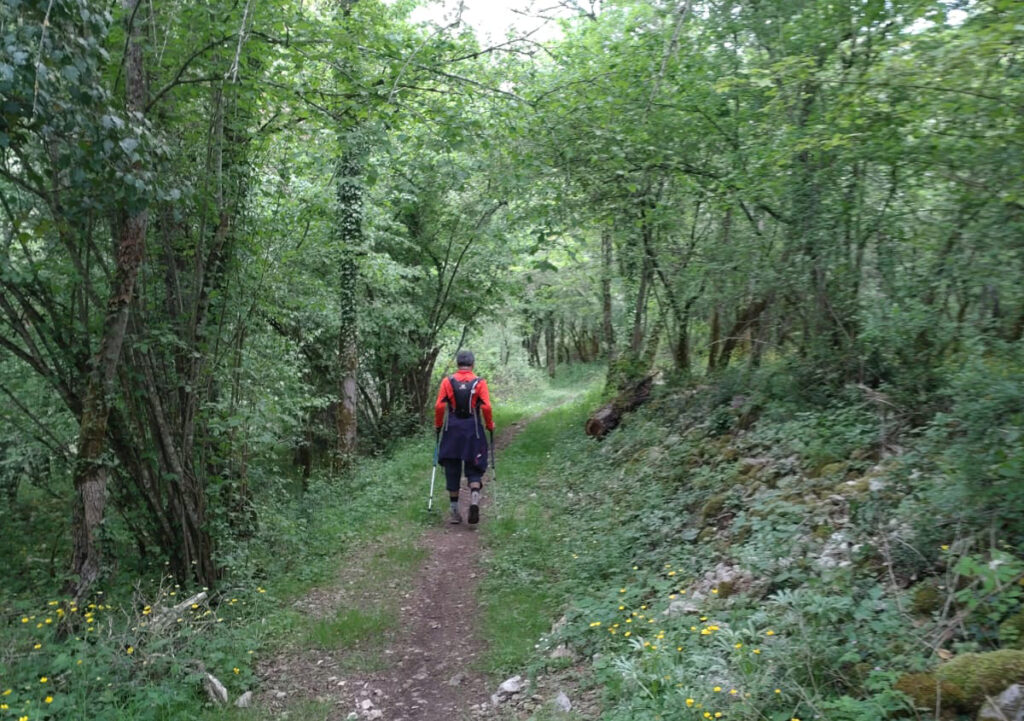 Spring flowers and foliage on the Cammino di San Benedetto

A pilgrimage can have different forms and intentions, so I’d like to offer a broad definition:

Pilgrimages can have different shapes and forms. Some focus on one destination, such as Lourdes or Santiago de Compostela. Some link a string of special places associated with a saint or other teacher, such as Saint Cuthbert’s Way on the Scottish-English borders. The length may vary greatly, for example:

An interesting choice for a pilgrimage is whether to do it alone, with one or two friends, or in a group. They all have their pros and cons. I spent a week walking Saint Cuthbert’s Way alone when I was coming to terms with my mother’s death, and the solitude helped me. Several of my pilgrimage walks have been with my close friend Nayyer: we often have a few hours solo each day, but sharing experiences and reflections can deepen the whole process.

Nayyer and I both like to choose a few guardian saints or guides whom we call in to support us. For the latest pilgrimage, Saint Benedict was a natural choice, and we also invoked help from Jesus, the Madonna who is a strong presence throughout Italy, and Santa Rita, the Santa dell’impossibilita. We read a life of Saint Benedict and used Neil Douglas Klotz’s translations of Jesus’ teachings from the original Aramaic to deepen the connection.

To give you a real-life example, I’d like to share some experiences from a week’s pilgrimage walk in Italy in May 2022, on the Cammino San Benedetto. This is a fairly new and little-used route, 305km long, from Norcia (south-east of Florence) where Benedict was born, to Montecassino (south-east of Rome) where he died.

Nayyer and I started our walk about halfway down the Cammino, where we finished our pilgrimage in 2019. A highlight of the 2022 walk was two nights in Subiaco, a key location in Benedict’s life, where he wrote his famous monastic Rule.

One of the features which has made both of my Italian pilgrimages special is staying in accommodation dedicated to supporting pilgrims. On this trip we spent four nights in monasteries, and the others with private hosts who have walked the Cammino themselves, and provide a supportive setting, so you’re not jarred by plunging into the everyday world. I have yet to find hosts like this for UK pilgrimage routes: they’d make a big difference to the experience.

The people you meet are a key part of a pilgrimage, so let me give you a couple of examples. One of our hosts was Mario, a teacher who’s an expert on Saint Benedict. Squeezed into his tiny kitchen, over pasta and wine, he gave us a vivid picture of the context of Benedict’s times: corruption in the aristocracy and the church, peasants desperately poor and exploited.

Benedict’s Rule aimed to create islands of integrity in the monasteries, living austerely but as a loving family where the abbot was a father and the monks were his sons. One of the frescoes we saw in his monastery in Subiaco shows Benedict dealing with a lazy young monk: he is simultaneously beating him with a stick, and blessing him with his other hand.

Another inspiring encounter, unplanned by us, perhaps sent by Providence, was with a youngish American Benedictine, who is now Father Superior of a monastery in Italy. He told us how, during his year as a novice monk, he kept praying to Benedict for guidance on whether to commit and take the vows, without a response. The night before his vows, Benedict appeared to him, and said, ‘I have not replied to you for a year, because you have needed to deepen your faith, not your understanding.’ 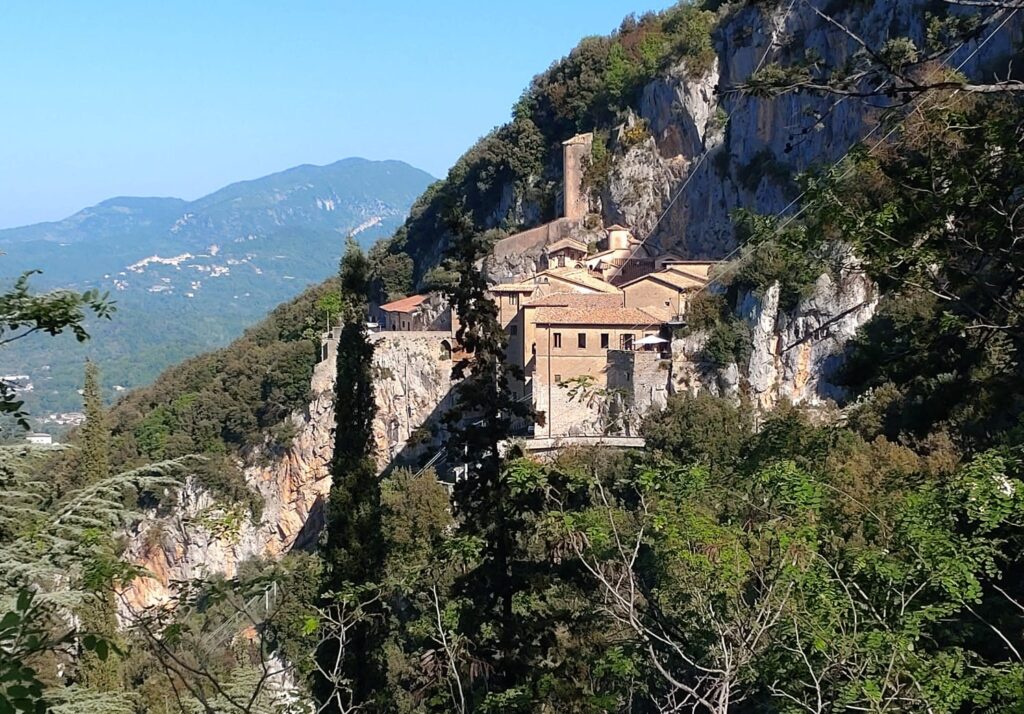 The landscapes we walked through were also teachers. The spring flowers were just abundant, the young green leaves on the trees were lyrical, the rivers were so clear that we bathed in them. We received a deep, nourishing sense of the generosity of Creation.

Many people believe that stronger communities are crucial to future resilience, and this was a theme we explored in the monasteries where we stayed. I feel that dedicated spiritual communities can play a significant role in this for society at large. However, my impression is that some monastic orders are more oriented to outreach, such as the Franciscans and Salesians, whereas the Benedictines put more emphasis on prayer within the monastic group.

I hope this blog has shown you how pilgrimage could be helpful in your life. If you want more information and support, try www.britishpilgrimage.org: this is a trust who publish a guide to UK routes, and offer group events and other resources.